Daily Digest DISCOVER THE ART OF PUBLISHING
Home News BIZARRE! Woman Jumps Out Of Moving Car, Leaving It Roll And Crash Into Traffic! 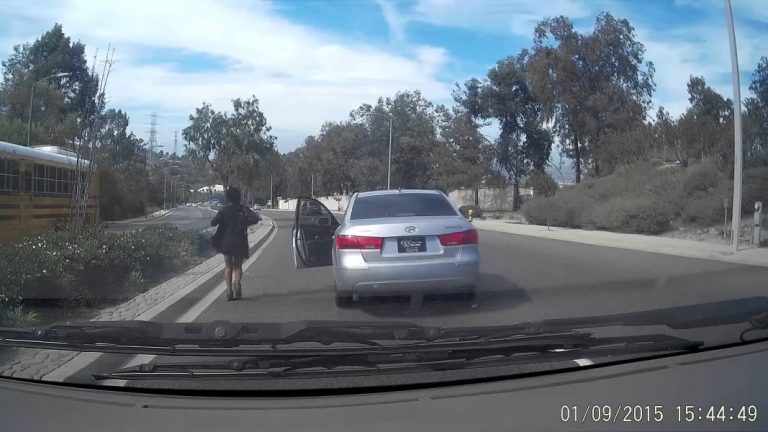 Get ready to witness the weirdest thing you’ve ever seen on a road. Caught on dashcam footage, the crystal clear video shows a San Bernardino woman driving through Orange County, CA. She was at the wheel of a 2010 Hyundai Sonata which was heading downhill along a major thoroughfare. Suddenly the car screeches to a standstill, the door flies open and she calmly gets out and starts walking. But she wasn’t the passenger – she was the driver. Something you notice when you see the car pick up pace again and veer onto oncoming traffic and head for a tree…

22 year-old Jasmine Lacey was later taken to a hospital for ‘non injury-related reasons’.

“Lacey was later contacted and identified at St. Jude Medical Center facility and, after investigation of the traffic collision, was arrested for DUI,” a California Highway Patrol officer said.

We’ve seen some weird and wonderful videos in our time. And plenty of craziness on the roads and highways. But we’ve never seen an incident defy explanation quite so much as this. We don’t the circumstances of the situation, we just hope that Ms. Lancy is okay.