He Dove 200 Feet Down Into An Underwater Cave And Discovered Something BEAUTIFUL! 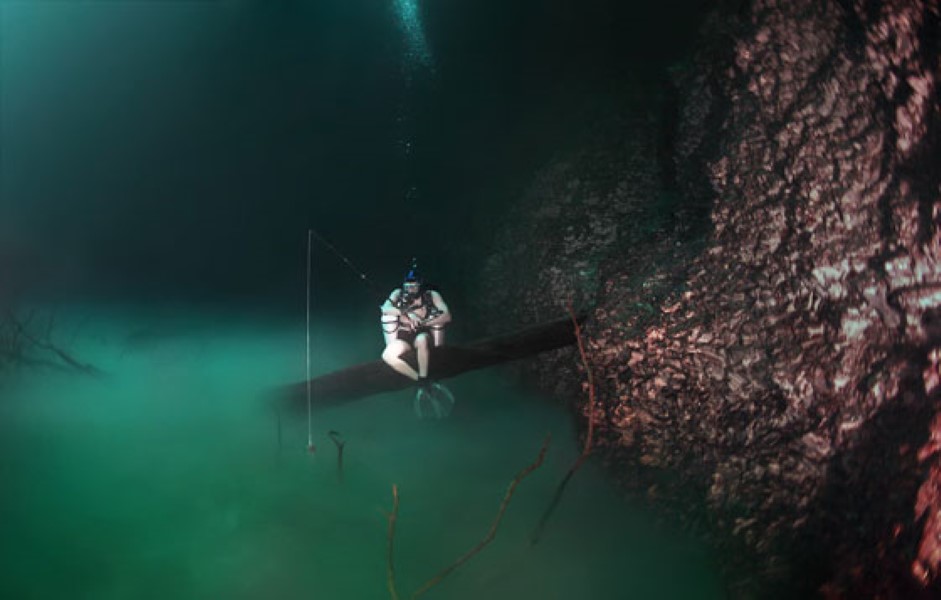 In the search for the most visually stunning and jaw-dropping images, Russian photographer Anatoly Beloshchin will go, literally, to the ends of the Earth. He’s not afraid to jump off things, climb up things and – as we’re about to see, dive into things to get the pictures he needs. He’s been subjected the hottest heat of the desert and the freezing extremes of Antarctica. But in this newest photo set, he dove down beyond the sea… 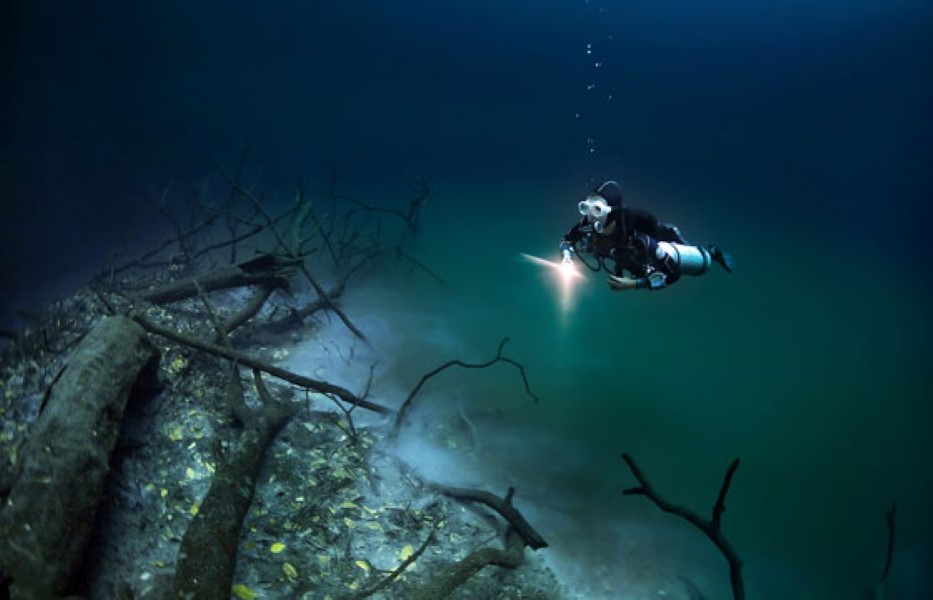 More than a hundred feet down under the surface of waters off the coast of Mexico, Anatoly found himself deep in the cenotes of the Yucatán Peninsula. 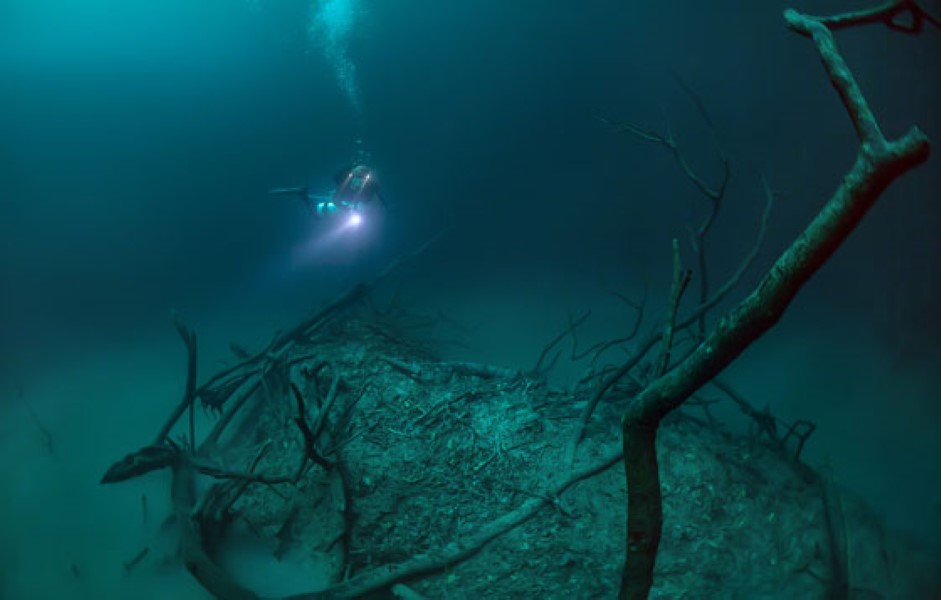 A cenote is a sink hole. They’re created when something like a cave collapses in on itself. A natural pit full of water, these particular cenotes are famous in the area for their association with the Ancient Mayans. And their ritualized sacrifices. 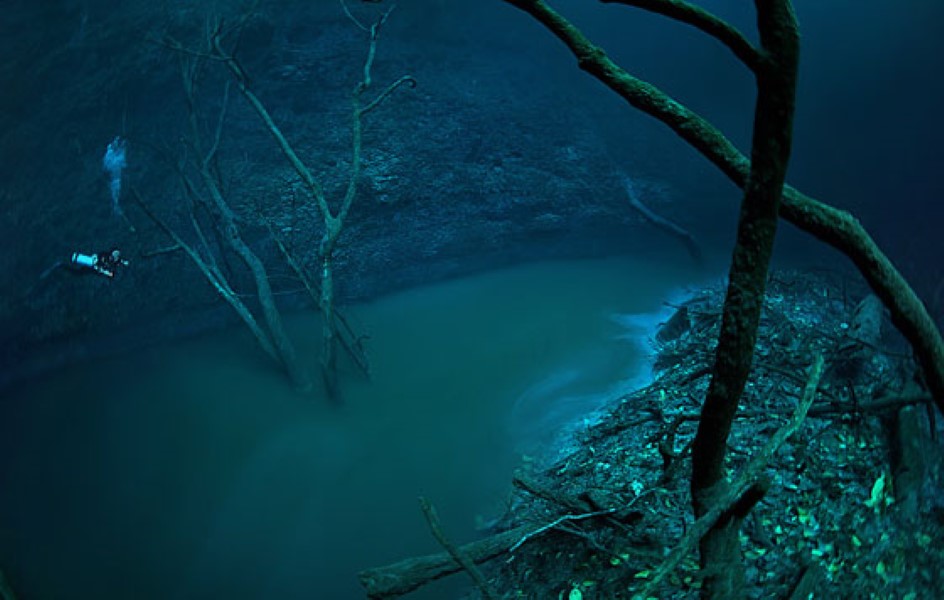 Beloschin decide he wanted to get pictures of a particular underwater pit – The Angelita Cenote. Angelita is more than 200 feet down and has a bizarre subterranean atmosphere and feel like nowhere else on Earth.

But even more bizarre? He found a river. Underwater! 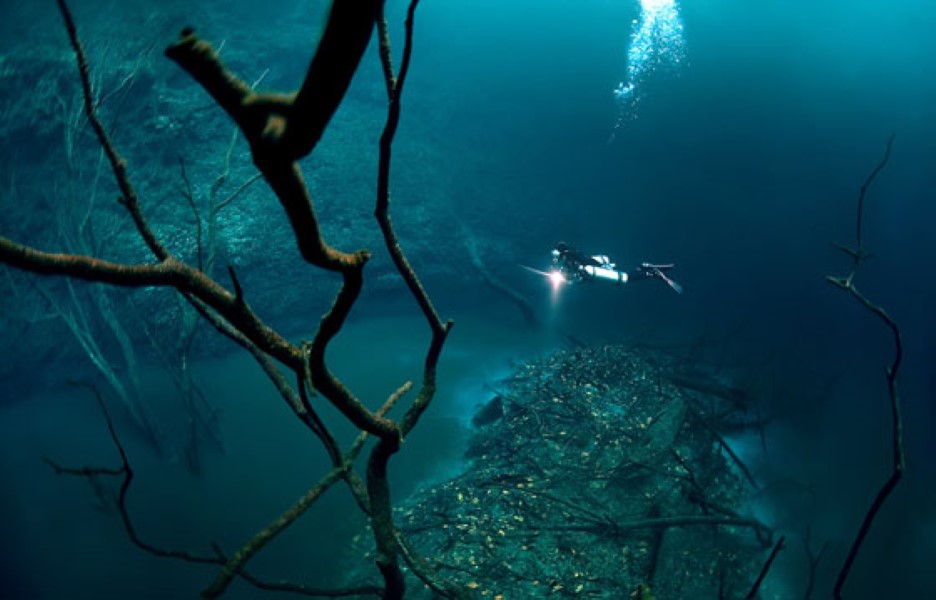 Okay, it’s not technically a river – but it certainly looks like one. It’s actually a naturally-occurring phenomenon known as a ‘halocline’. When waters of different salt densities meet, they separate. Like when you put water and oil together. That’s not salt-based, but the appearance is the same – the two different liquids do not mix together. 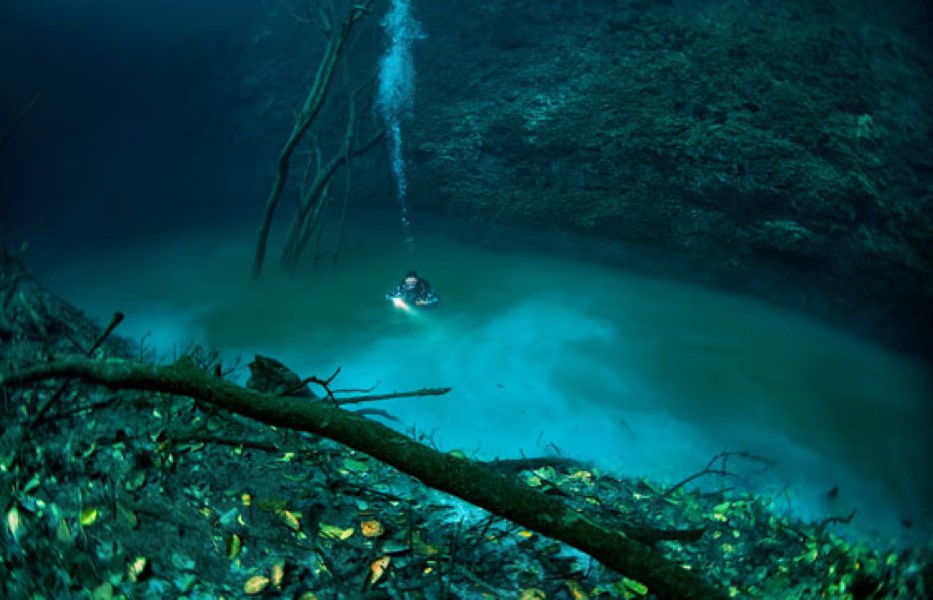 The ‘river’ is way saltier that then water above it. It’s also packed full of hydrogen sulphide, so best not swam in too much!

It’s Graphic And Disturbing, But This Film Is Saving Kids From Online Predators