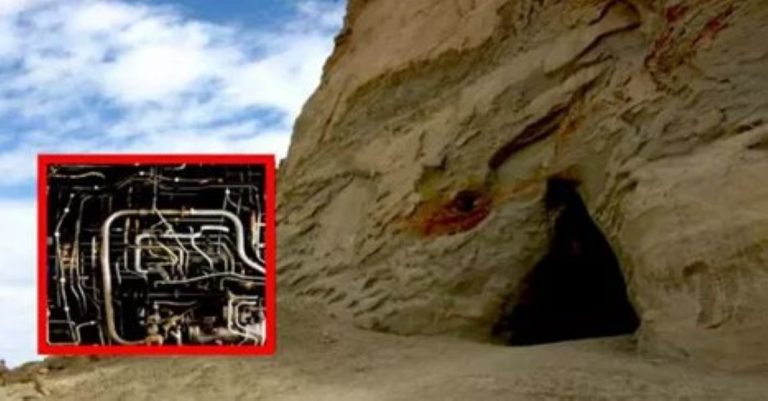 Mount Baigong, the Qinghai Province of Northwestern China. A complex system of pipework has been discovered underneath a severely-eroded pyramid. ‘The Baigong Pipes’, as they’re known, have caused quite a stir in the archaeological and conspiracy theory world  since their discovery. Why? Well, because they’ve been dated and are thought to be more than 150,000 years old!

That’s significant. To put it into perspective, man had barely discovered fire 150,000 years ago. So how we explain the creation and use of pipes as complicated as the ones found here in this Chinese cave? The answer is… We just can’t.

Some of the pipes measured in at a whopping 1.5 meters in diameter. Some only came in at the size of a TOOTHPICK! How could ancient man have created such small, working little pipes?! Some people are even theorizing that the pipes were made by alien life form somehow. We’ve no idea, but it’s fascinating nonetheless. See for yourself: