More
HomeNewsWhen A Mom Disowned Her Gay Son, She Never Expected His Grandpa...

When A Mom Disowned Her Gay Son, She Never Expected His Grandpa Would Respond Like This 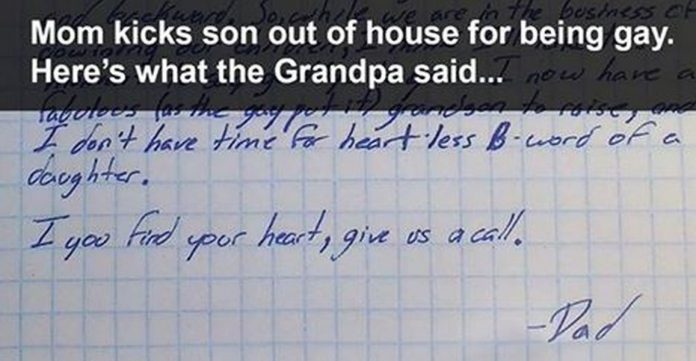 When Christine kicked her boy Chad out of the family home for being gay, she didn’t expect to receive this letter a few days later. Chad was shown the door after coming out to his mother. Unfortunately, his mother thought that being gay ‘goes against nature’ and couldn’t bring herself to let him stay in her home. Chad had no choice but to leave. He went to stay with his grandpa. When Chad’s grandpa heard the reason why his daughter Christine had disowned his beloved grandson, he was so angry about it that he decided two could play at that game.

So he wrote Christine a letter. Here it is, and it’s the best response to a daughter disowning her son for such a stupid reason we’ve ever read. 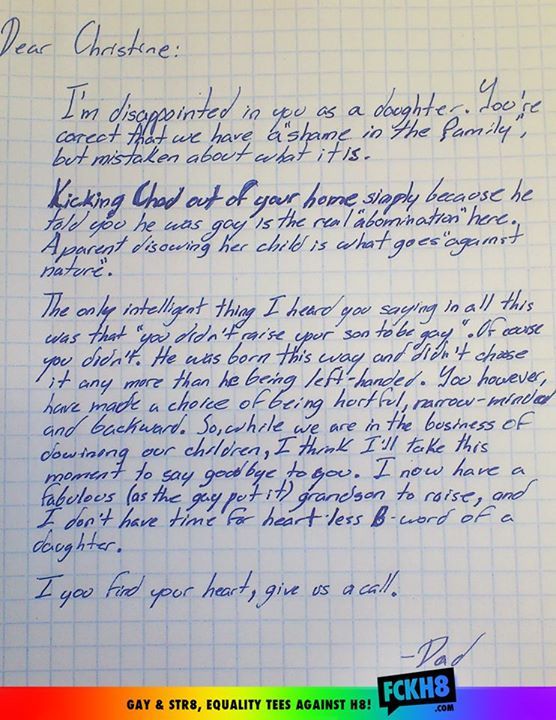 Ha ha! You tell her, gramps! Maybe when Christine joins the 21st Century, she’ll be welcomed back into the family. Until then, it looks like Chad will be just fine without her.

They’re Pulling On A Rope. Wait Until You See What Comes Out!

What's going on here then? Well, it appears that two people are trying to...
Life

This Underground Bunker Can Withstand Nuclear Apocalypse In Unbelievable Luxury!

Savannah, Georgia. A unique underground bunker has gone on sale at a cool $17.5...
Family

She’s Covered Her Baby Brother In Peanut Butter – For The Cutest Reason!

Kids. You've got to watch them. If you've got little ones at home and...
News

UK pharmacy chain Superdrug have an 'online doctors' website and they recently launched a...