Daily Digest DISCOVER THE ART OF PUBLISHING
Home Animals A Daycare Playground Is Supposed To Be A Fun And Safe Place. But What Bit This Little Girl Is Simply Terrifying 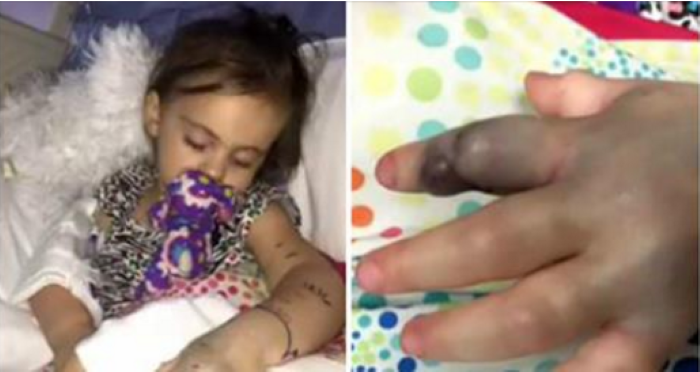 A little girl is recovering after being bitten by a snake in the playground of her daycare center. Two-year-old Kiley Cook was playing outside Rainbow’s Promise Daycare in Granbury, Texas, when she was attacked by a copperhead snake, the common name for the highly venomous agkistrodon contortrix. Following the attack, Kiley was rushed to Cook Children’s Hospital in Fort Worth and sedated.

The bite caused Kiley’s finger, hand and arm to swell, and her skin turned dark. “Her finger turned black, her whole hand began to balloon out,” Michael Cook, Kiley’s father, said. “It was a scary moment. My heart stopped,” added her mom, Nataly Horn. Horn was working with another class at the daycare center when the attack took place.

Tama Lofland, the owner of the daycare, said that they’ve never had a snake attack in the 18 years that the center has been in business. But she has reassured parents that, after consulting snake experts, staff will now be taking safety measures to keep snakes off the property, including erecting mesh fencing.