Jimmy Fallon And Justin Timberlake Present ‘The History of Rap’ And It’s EPIC!

Okay, it might seem a little odd to have two white middle class guys rapping through the History of Hip-Hop (6), but what the Hell – it was entertaining… Justin Timberlake pitched up The Tonight Show the other night to help his old pal Jimmy Fallon out with a medley of some of the rap world’s biggest hits.

They treated their appreciative audience to a breathless six minute mash-up of everything from NWA to The Beastie Boys, R Kelly to Snow. And, despite our initial misgivings, we’ve got to say – it was pretty epic! 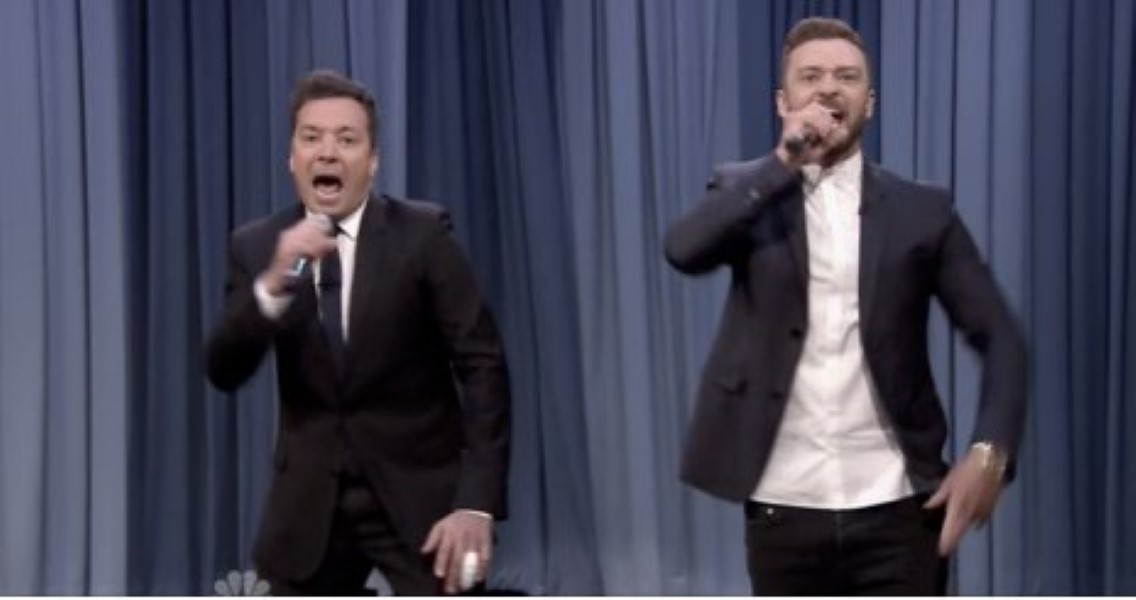 The crowd soon got into the swing, with Justin – obviously – not dropping a beat. But it was Fallon who really impressed. The man must have a pretty healthy interest in hip-hop to be able to memorize so many different rap lyrics. And, sure he nearly claimed to be from Compton and looked to almost drop the ‘MF Bomb’, but soon turned it round…